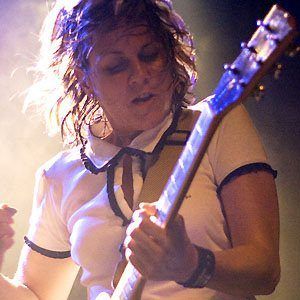 Guitarist and member of the Atlanta power pop band Magnapop who co-wrote their hits "Open the Door" and "Slowly, Slowly."

She began playing the guitar at the age of twenty and performed in a Palm Beach, Florida band known as The Pockets.

She is considered to be an extremely rough guitar player whose style is compared to that of The Ramones.

She was born and raised in West Palm Beach, Florida.

She and Magnapop have opened for rock giants R.E.M. and lead singer Michael Stipe.

Ruthie Morris Is A Member Of