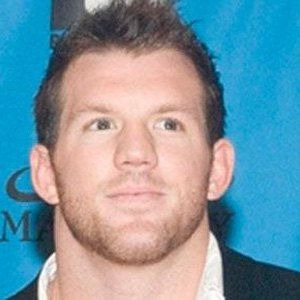 Winner of The Ultimate Fighter: Team Nogueira vs. Team Mir, the eighth season of Spike TV and UFC's reality series.

He was a champion wrestler at Arizona State University, earning two Division I All-American honors, and three Pac 10 titles.

He began his UFC career with a 9-0 start, compiling wins over top contenders like Quinton Jackson.

He married his longtime girlfriend Daisy in 2010.

His first loss came against UFC champion Jon Jones, who wrapped him in a guillotine choke.

Ryan Bader Is A Member Of