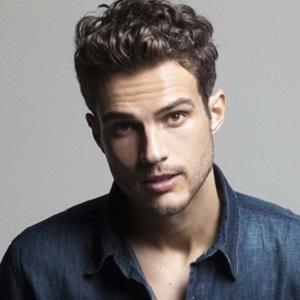 MTV television personality best known for the role of Jake in Eye Candy opposite Victoria Justice. He previously played Bruce Hunter in the popular soap opera One Life to Live. In 2017, he appeared in the feature film Rough Night.

After high school, he worked as a carpenter for six years. He gained fame in 2008 when he was featured in a DKNY jeans commercial. He has also modeled for Armani Exchange, Hugo Boss, Trussardi Jeans, and Esprit underwear.

He wrote and directed a short film called Left Behind.

He has a daughter, Grace Rose, with his wife Lizzy Barter.

He landed a role as Piers, a gentlemanly-clad psychopath, in the indie film Julia, alongside Tahyna Tozzi, Jack Noseworthy, and Ashley C. Williams.

Ryan Cooper Is A Member Of