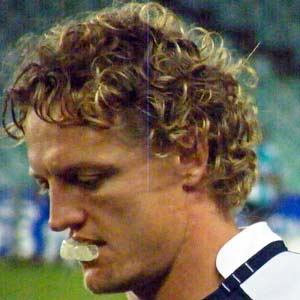 Rugby footballer from Australia known for his time in rugby union with Western Force and in rugby league with the Sydney Roosters. He won the Western Force Player of the Year Award in 2008.

He was a member of the 2002 Roosters team which won its first premiership twenty-seven years.

Ryan Cross Is A Member Of