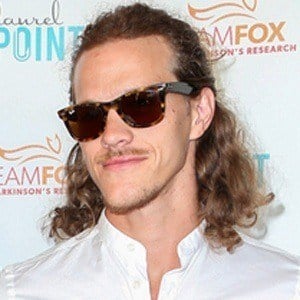 Guest star on notable television series such as Southland, Parks and Recreation, The Mentalist and Shameless. He landed a regular role on the final season of FX's acclaimed drama Justified.

He had early acting roles in the shorts Groovin' On and Unspoken.

He married Glee star Naya Rivera in 2014; they had a child named Josey together before divorcing in 2017. He has a brother named Aaron and his father's name is Arnold.

He played a confidant of Walton Goggins' character Boyd Crowder on Justified.

Ryan Dorsey Is A Member Of