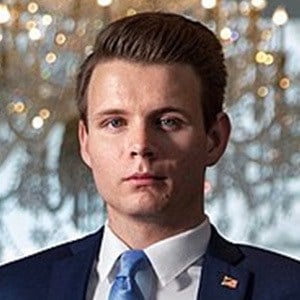 Political commentator and activist who became the national chairman of the organization Students for Trump. He aims to increase the social engagement of millennials in an effort to help reelect Donald Trump as President of the United States.

He has been the president of a consulting firm called xStrategies and the head of the mobile polling platform OpenPoll.

He's been featured by Newsweek, The Blaze and Time Magazine.

He grew up in Long Branch, New Jersey but later spent his time between Raleigh, North Carolina and Washington, DC.

He found success as a well-known political activist like Pamela Geller and Kevin Powell.

Ryan Fournier Is A Member Of