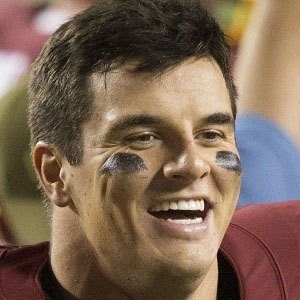 Pro Bowl outside linebacker taken in the first round of the 2011 NFL Draft by the Washington Redskins. He was previously named Big Ten Defensive Player of the Year at Purdue University.

He was an All-State defensive end and tight end at Muncie Central High School.

He is half deaf as a result of an ear infection suffered when he was a child.

His brother, Kyle Kerrigan, was a swimmer at DePauw University.

He has been teammates with fellow Pro Bowler Brian Orakpo in Washington.

Ryan Kerrigan Is A Member Of