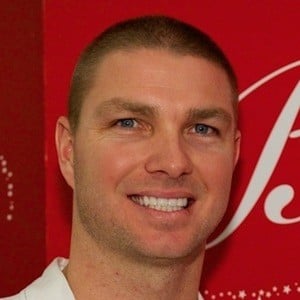 After graduating from Valley View High School, he began playing college baseball for USC. He was drafted to the Philadelphia Phillies in 1998 where he began his professional career.

He is known for having been a part of two World Series Championships including with the Philadelphia Phillies in 2008 and the Kansas City Royals in 2015.

He was born and raised in Long Beach, California. He married his wife Sarah and together they have five children. His uncle Steve Barr played in the major league for the Boston Red Sox.

In July of 2017, he was traded to the Washington Nationals alongside Sean Doolittle.

Ryan Madson Is A Member Of