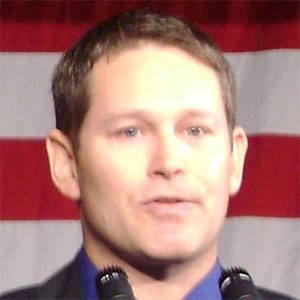 Democratic Party politician known for his service in both the Missouri Senate and the Missouri House of Representatives. He also worked for the Laborers-Employers Cooperation and Education Trust (LECET).

He was raised in the Roman Catholic faith.

A native of Barnhart, Missouri, he later settled in nearby Crystal City with his wife, Angela McKenna.

He served in the Missouri State Senate under the gubernatorial administration of fellow Democrat Jay Nixon.

Ryan McKenna Is A Member Of