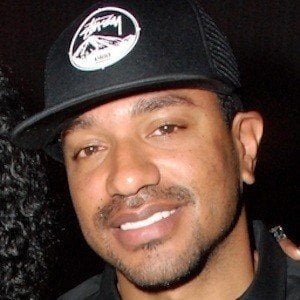 Music producer and executive for Warner/Chappell Music, the publishing arm of Warner Music Group. He is known for overseeing some of music's biggest stars like Lil Wayne, Trey Songz, and Aloe Blacc.

He joined Warner/Chappell Music in 2009 as a senior director and was later promoted to Vice President.

Prior to his work with Warner Music Group, he founded Press Conference Management, an artist, songwriter, and producer management firm.

He became engaged to R&B singer Brandy in 2012, but the pair split before walking down the aisle in 2014.

He has worked with songwriter and rap superstar Wiz Khalifa.

Ryan Press Is A Member Of