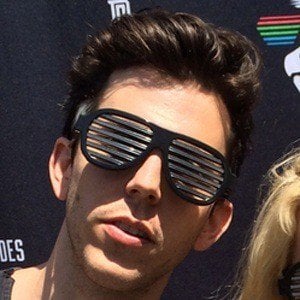 Became known as the drummer and music producer of indie rock band Grouplove. The group rose to fame from their single "Tongue Tied," which reached #1 on the US Alternative Chart. He produced the group's debut EP as well as their album Never Trust A Happy Song.

He met the rest of the band members on the island of Crete his summer after college. They recorded their first song out of his home studio in 2009.

Their first single "Colours" reached #15 on Modern Rock charts and was featured in Madden NFL 12, FIFA 12, and MLB 2K12.

His is the son of Trevor Rabin, who is the former guitarist of Yes. He married longtime love Kyly Zakheim in August 2016.

Ryan Rabin Is A Member Of