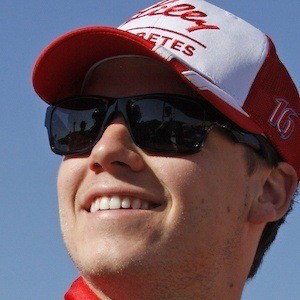 NASCAR Nationwide Driver for Roush Fenway Racing who was named Rookie of the Year in the Super Late Model division in 2010. He made his NASCAR debut at the Las Vegas Motor Speedway in 2012.

Ryan begin racing at age 4, and has followed in his father’s footsteps into professional racing.

He is the spokesperson for the American Diabetes Association’s Drive to Stop Diabetes. He was diagnosed with type 1 diabetes in 2011. Along with driving, he makes diabetes awareness the forefront of his life as he knows it.

He was raised in Bakersfield, CA by his parents Mark and Karla Reed. He has one older brother named Cole Reed.

He and fellow race car driver Charlie Kimball both have Type 1 diabetes.

Ryan Reed Is A Member Of