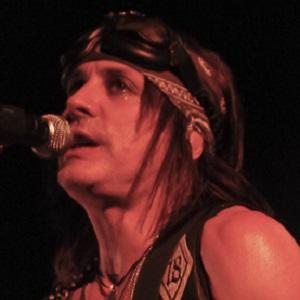 Guitarist best known for his work with work with groups like Slash's Snakepit and Alice Cooper's live band. He is also known as the host of his own radio show and of the podcast Roxie's Big Rock Show.

His first guitar was a Stratocaster and he got his start as a member of the band Candy.

He cut off his dreadlocks in support of the non-profit organization The Art of Elysium.

His mother was a drummer and his father was a trumpet player.

Ryan Roxie Is A Member Of