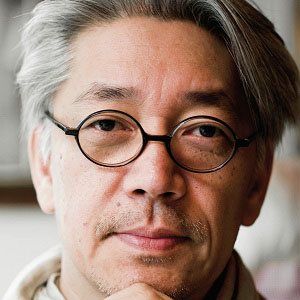 Japanese composer and political activist who was a keyboardist for the popular 70's electronic band Yellow Magic Orchestra. He won an Academy Award, a Grammy Award, and a Golden Globe for his score to the 1987 film The Last Emperor.

He received a degree in music composition from the Tokyo National University of Fine Arts and Music.

He notably composed the score for the opening ceremony of the 1992 Summer Olympics in Barcelona.

One of his daughters is , a J-pop singer.

Brian Wilson was featured on his 1989 album Beauty.

Ryuichi Sakamoto Is A Member Of