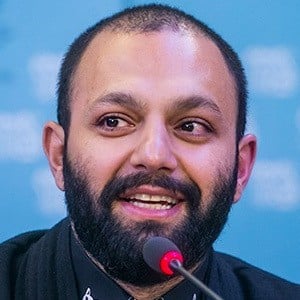 He started his career hosting a variety of television programs including Rainbow and 100 Seconds. He started gaining more recognition after he starred in Sha'ere Zobale.

He is known for having won both the Best Supporting Actor awards at the Iran Film Critics and Writers Association Awards and the Iran Cinema Celebration Festival for his work in the film About Elly.

He starred alongside Farhad Aeesh and Shahab Hosseini in the 2008 feature film Kargadan.

Saber Abar Is A Member Of