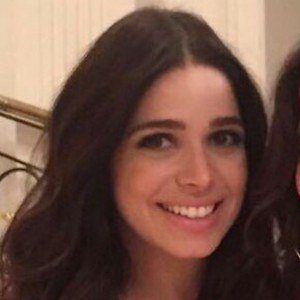 TV actress who won Best Supporting Actress at the Extra Television Awards and Best Actress at the Internet Trophy for 2016's There is a Heart. She has more than 1 million followers on her sabrinapetraglia Instagram account.

She started doing theater at the age of seven and in 2010 appeared in her first soap opera, A Rose with Love.

She graduated from the School of Dramatic Arts in 2009.

Her parents are Sonia and Eduardo Balsalobre and her brother is Eduardo Petraglia.

She has acted as part of a romantic couple with Marcello Melo Jr.

Sabrina Petraglia Is A Member Of