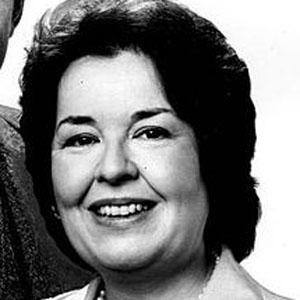 Her matriarch role on the 1970s television drama Family, was one of many similar roles in her career.

She was inspired to take up acting after seeing the movie The Man Who Played God, and then the Cole Porter musical Red, Hot and Blue.

In addition to her Emmy Award-winning work in Family, she was also a renowned stage actress, with a Tony Award for best actress in 1972 for the comedy Twigs.

She was born in Des Moines, Iowa, and moved with her family to New Jersey when she was five, where her father became an editor of several farm journals.

She starred opposite Elizabeth Taylor in a London production of Little Foxes.

Sada Thompson Is A Member Of