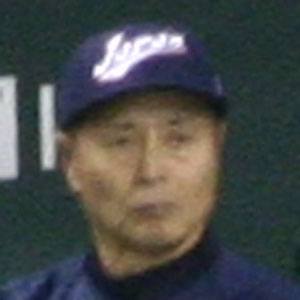 Legendary hitter who set the world career home run record with 868 in the Nippon Professional Baseball league and won 11 Japan Series Championships with the Yomiuri Giants from 1959 to 1980.

He was a standout pitcher at Waseda Jitsugyo High School, but converted to first base before starting his professional career.

He served as manager of the Yomiuri Giants after retirement, from 1981 to 1988.

He had three daughters with his wife Kyoko Oh, before she died of stomach cancer in December, 2001.

He and Hideki Matsui both starred for the Yomiuri Giants, though Matsui split his professional career between the NPB and MLB.

Sadaharu Oh Is A Member Of