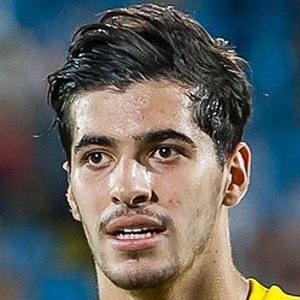 Midfielder who became the first Iranian player to score in the Champions League, doing so as a member of FC Rostov during the 2016-2017 tournament.

He began garnering attention while a part of Malavan FC's youth team in 2010. He made his senior team debut in 2012.

He became the youngest goalscorer in the history of the Iranian national team in November 2015, at just over 19 years old. In 2017, he was loaned to Russian Premier League club Anzhi Makhachkala.

He was invited to practice with the Iranian senior national team for the first time in November 2015 by coach Carlos Queiroz.

Saeid Ezatolahi Is A Member Of