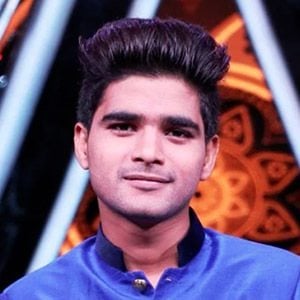 Pop singer and reality competition show star who became a worldwide celebrity when he won the 10th season of Indian Idol in 2018. He has also been featured on multiple episodes of the series Jammin.

He was the first runner-up on the program Sa Re Ga Ma Pa L'il Champs in 2011.

He recorded the theme song for the Sony television series Chandragupta Maurya.

The last 4 generations of his family were singers.

He was judged by Vishal Dadlani and Neha Kakkar on Indian Idol.

Salman Ali Is A Member Of