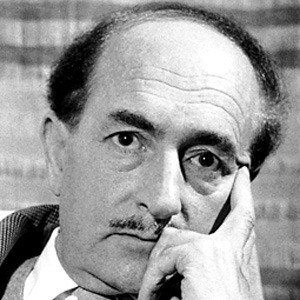 Italian poet, author, and 1959 recipient of the Nobel Prize in Literature. His literary works include Giorno dopo giorno (Day After Day) and La vita non e sogno (Life Is Not a Dream).

He attended a technical college in Messina and later worked for the Civil Engineering Corps in Italy.

He joined the Italian Communist Party in 1945.

He moved to Messina when he was seven years old. His father had been called to the area to help with re-building projects following a catastrophic earthquake.

He and Giuseppe Ungaretti were both important Italian poets of the twentieth century.

Salvatore Quasimodo Is A Member Of