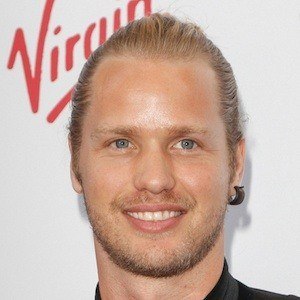 Social star, actor, producer, and the son of famous entrepreneur Richard Branson. He is best known for his work in philanthropy through his own production company. He has over 80,000 followers on Instagram.

He attended St Edward's in Oxford where he met most of his friends. He then appeared on the Channel 4 show Famous And Fearless where celebrities win money for charity. After this work, he started his own production company focused on philanthropic work, Sundog Pictures.

In addition to his work in film, he also collaborates on music projects and is one of the members of the band the Bad Hatters.

He married Isabella Calthorpe in 2013 and they have two children together, a son named Bluey and a daughter named Eva-Deia.

He can be seen on his Instagram spending time with a variety of celebrities including Nicolette Van Dam and Simon Sinek.

Sam Branson Is A Member Of