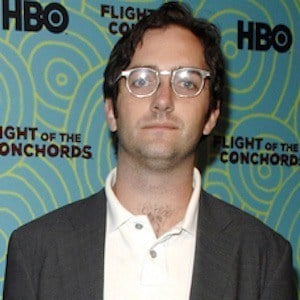 Writer and comedian known for his role in the sketch comedy troupe The Whitest Kids U'Know. He has also written for The Civil War on Drugs and Teenage Mutant Ninja Turtle Trailer: Entourage Parody.

He started The Whitest Kids U' Know during his first semester of college while studying film at the School of Visual Arts in New York City. He also did DIY comedy sketches after taking free classes at the cable access station.

He first became interested in comedy after getting brought up on stage to do an improv interview during a sketch at the Upright Citizens Brigade.

He was born and raised in Sandwich, Massachusetts. He has also lived in New York where he attended college and first began working in comedy clubs.

He founded The Whitest Kids U' Know with friend and comedian Trevor Moore.

Sam Brown Is A Member Of