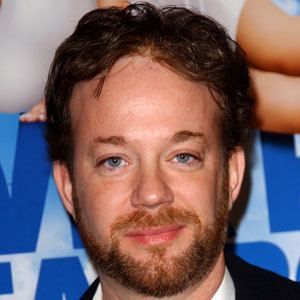 Actor who is widely known for his career across a range of TV series, including as Alfie Cooper in Where the Bears Are. He also gained widespread popularity for his performance as James Alan Spangler in Arrested Development between 2003-2004.

He graduated from Hampshire High School in West Virginia. He earned his first on-screen credit for his work on Wings in 1990.

He has guest-starred on a litany of well-known TV series, including The Mick, Will & Grace, and Documentary Now!.

His two sisters are actresses Catherine and Ann Pancake.

He appeared alongside Bill Hader during his guest starring role on Documentary Now! in October 2016.

Sam Pancake Is A Member Of