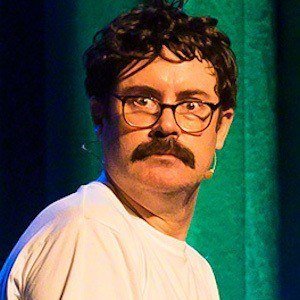 Australian television and radio personality and comedian who won numerous honors for his work, including three MICF Awards and a 2011 Adelaide Fringe Festival comedy award.

He competed in the 2003 Triple J Raw Comedy Competition.

He grew up in Australia before moving to Los Angeles.

He and Bert Newton both had comedy careers in Australia.

Sam Simmons Is A Member Of