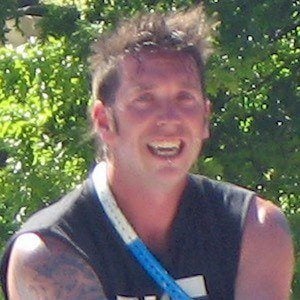 Named Sam Wills but best known by the pseudonym The Boy With Tape on his Face or simply Tape Face, he is a prop comic and mime who has earned acclaim at numerous comedy festivals. He won the prestigious New Zealand comedy honor of the Billy T Award. He auditioned to be on season 11 of America's Got Talent.

He was 13 years old when he began his career as an entertainer as an apprentice clown. He earned a diploma in New Circus from the Christchurch Polytechnic Institute of Technology's Circus School.

In 2002, the New Zealand International Comedy Festival honored him with their Best Marketing Award. The New Zealand Comedy Guild has awarded him numerous accolades.

He married Felicity Wills in 2009; they separated in 2017. They share a son named Rafferty.

Tape Face Is A Member Of