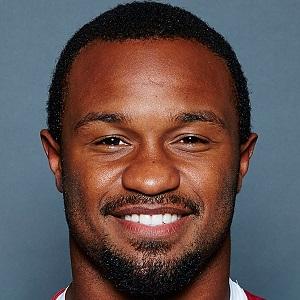 Running back who began his college football career with the Oklahoma Sooners in 2014. He committed to the school after playing at Hendrickson High School in Travis County, Texas.

He was born in Pflugerville and ran track in addition to playing football at Hendrickson High.

He set the FBS Record for rushing yards in a single game with 427 in a game against the University of Kansas in 2014.

His mother is Gloria Perine.

He has been coached by Bob Stoops at the University of Oklahoma.

Samaje Perine Is A Member Of