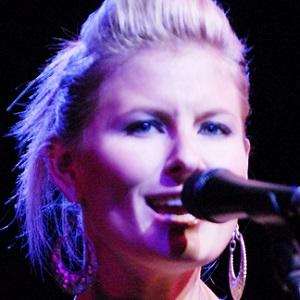 Australian singer who has won acclaim as a member of the all-sister country band The McClymonts, who have released singles like "Cookin' In My Kitchen." Their debut album Chaos and Bright Lights went Gold in their native Australia.

She auditioned for Australian Idol shortly after graduating high school.

She and her band are multiple-time winners of the Group or Duo of the Year award at the Country Music Awards of Australia.

Her sisters are the other members of The McClymonts.

Her 2005 single "Cookin' in my Kitchen" was co-written by singer Rick Price.

Samantha McClymont Is A Member Of