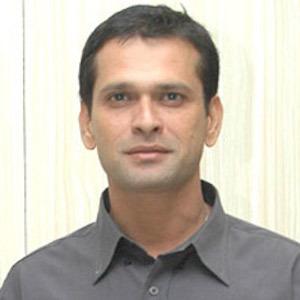 Indian film and television actor most well known for his role in the award-winning Marathi film Nirop. He has also had prominent supporting roles in the shows Chakravartin Ashoka Samrat and Adaalat.

He was working as a hydraulic machine designer and performing in theatre in Pune when he decided to move to Mumbai and begin modeling. Not long after he began his acting career.

His wife, Aparna Dharmadhikari, is a film producer. They have one daughter, Saraswati.

As a cast member on the second season of Adaalat, he starred alongside Ronit Roy and Tisca Chopra.

Sameer Dharmadhikari Is A Member Of