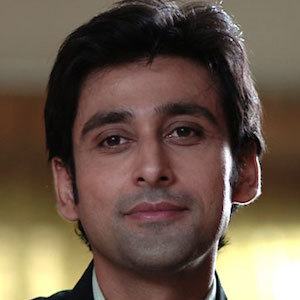 Pakistani actor who shot to fame after landing roles in dramas such as Dil Se Dil Tak, Sitam, Chaap, Apne Huye Paraye, Tootey Huwey Per, Maaye-Ni, Main Gunehgar Nahi, and more. He won Best Actor (Leading Role) for his portrayal of Khalid in Devar Bhabhi in 2013.

He graduated from the University of Engineering & Technology (UET) Lahore. He made his acting debut in the film Salakhain in 2004.

He won Best Actor at the 16th PTV awards for his role in Ghar Ki Khatir in 2011.

He was born and raised in the eastern Pakistan city Lahore. His real name is Manor Aslam Khan Nizazi, but he is known as Sami Khan.

He and Meera both had roles in Salakhain.

Sami Khan Is A Member Of