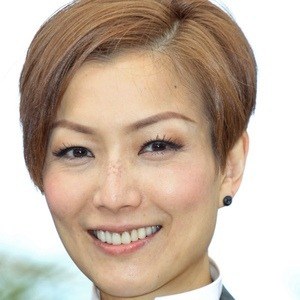 Singer and actress who has over 30 million album sales throughout the Asia-pacific, has received around 200 awards for acting and singing, performed in over 30 films, and produced over 80 studio albums. Dubbed the Cantopop Queen in the 90's, she was spotted by Capital Artists when she was 16, after she came third in the competition New Talent Singing Awards in 1988. In 2011 she received the Honorary Lifetime Achievement Award for Female Singer at the Metro Radio Hits Awards and in 2017 received the Excellence in Asian Cinema' award at 11th Asian Film Awards.

By the time Cheng was 24 years old, she had already released four greatest hits albums.

She married singer Andy Hui in 2013. She first garnered national attention when she performed a duet with him, 'Do you really have me in your heart?', in 1993. She has three sisters and one brother.

She has collaborated with artists such as Jackson Wang, Jacky Cheung and Ekin Cheng.

Sammi Cheng Sau Man Is A Member Of