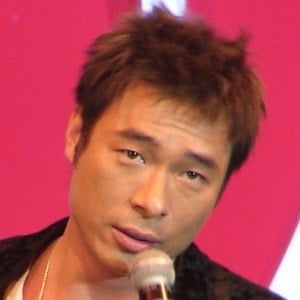 Chinese singer and actor who has gained fame thanks to a large list of Mandarin and Cantonese hits including songs from albums such as Break and Reform Collection, Paradise Lost, Man's Emotion, and more.

He first gained famed when he finished as the first runner-up in the fifth annual New Talent Singing Awards.

He won the award for Favorite Male Singer in 2001.

He married singer and actress Sammi Cheng in 2013.

He has worked with fellow singer Hacken Lee.

Andy Hui Is A Member Of