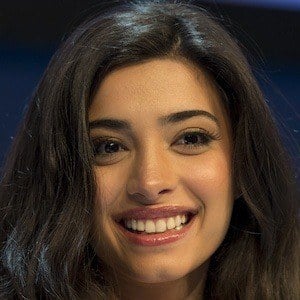 Azerbaijani singer who captured the national spotlight as a finalist on the singing competition The Voice of Azerbaijan. She later represented her home country at the 2016 Eurovision Song Contest with the song "Miracle."

When she was one year old, she and her family moved to Moscow, Russia, where she lived for eight years.

She originally tried out for Eurovision 2012 but did not make the cut.

She and Aysel Teymurzadeh have both represented Azerbaijan in the Eurovision Song Contest.

Samra Rahimli Is A Member Of