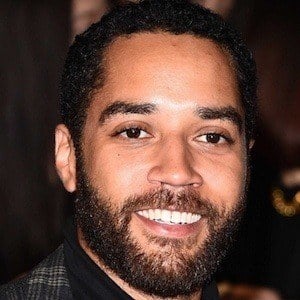 Television actor best known for playing Danny Pink on season 8 of BBC's Doctor Who alongside Peter Capaldi. He also stars as Daniel on Sky1's sitcom Trollied.

He attended London's Academy of Live and Recorded Arts before being cast as Crowther in the original production of Alan Bennett's History Boys in 2004 alongside good friend and Late Late Show host James Corden and Harry Potter actor Richard Griffiths. After a series of recurring roles on a variety of British television shows, he joined ITV1's soap opera Emmerdale as Ross Kirk from 2007 to 2009.

He said his dream job as a kid would be to be the first black James Bond. He also an avid jazz musician and plays the trumpet.

His mother is Irish and his father is Jamaican. They sent him to a Catholic school until he was fifteen, when he decided to attend drama school after visiting the one his cousin attended.

His character on Doctor Who is the love interest to Jenna Coleman's Clara. The two previously shared the screen on the British soap opera Emmerdale.

Samuel Anderson Is A Member Of