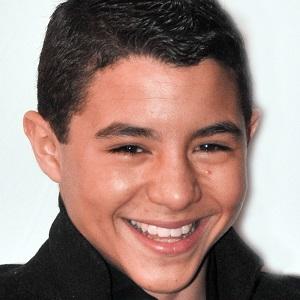 French actor who got his big break with the lead role in the 2009 comedy film Neuilly Sa Mere. He has also appeared in notable TV movies like Harkis and Fracture.

He was born in Aubervilliers and was 'discovered' by director and producer Luc Besson.

He appeared in the music video for the song "L'insecurite" by French rapper Seyfu.

He comes from an Algerian family.

He co-starred with actress Rachida Brakni in Neuilly Sa Mere.

Samy Seghir Is A Member Of