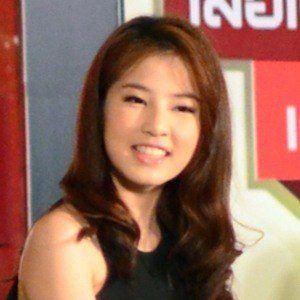 Thai film and television actress most well known for her role as Dao in Hormones: The Series. She has also starred in the ATM series and joined the cast of Water Boyy in 2017.

She earned a degree in English at Mahidol University in 2016. She'd previously made her acting debut in the series Muad Opas 2 in 2012.

In 2017, she launched her own ladies footwear brand called FOND.

In August 2017, she posted a photo of her mother on Instagram in honor of Mother's Day.

She joined Pachara Chirathivat in the cast of Hormones: The Series.