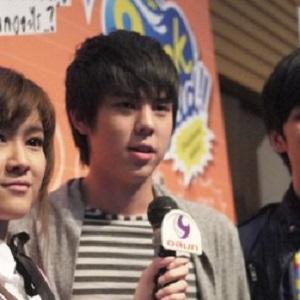 Known for his starring role as twins Koong and Kay in a 2011 Thai comedy movie titled SuckSeed, he also played the leading role of Itthipat Kulapongvanich in the 2011 biopic The Billionaire.

While building his acting resume, he studied business at Chulalongkorn University in Bangkok, Thailand.

A singer as well as an actor, he signed with an independent recording label called Smallroom.

He grew up as a member of the wealthy Thai Chirathivat family. He has an older sister named Pimpisa.

He was born in the same year as fellow Thai screen star Kylie Padilla.

Pachara Chirathivat Is A Member Of