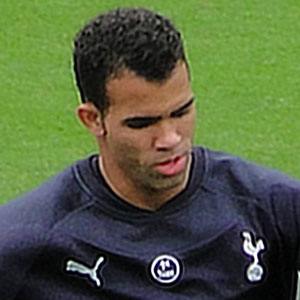 Defensive midfielder also known simply as Sandro, became a member of the Brazilian national team in 2009; joined Tottenham Hotspur in 2010.

He began his professional career with Brazil's Sport Club Internacional in 2008.

He helped lead Internacional to Campeonato Gaucho, Brazil's top league, in 2008 and 2009 and to the Copa Libertadores in 2010.

He was raised in Minas Gerais, Brazil.

He joined Robinho on the Brazilian national team in 2009.

Sandro Raniere Is A Member Of