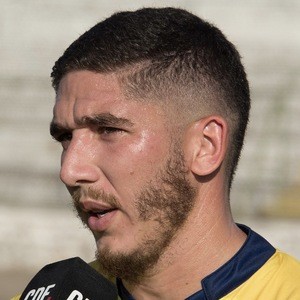 Uruguayan striker who began playing for the Argentinian Club Atletico Lanus in 2013. Previously, he had played for the Boca Juniors and Velez Sarsfield, among other clubs.

He began his career by playing for Central Espanol. A year later, he switched to River Plate Montevideo.

He was loaned to the Club Atletico Banfield during the 2009 season.

Known by the footballer nickname of "The Tank," he was born in Montevideo, Uruguay.

He and defensive midfielder Diego Gonzalez both played for the Lanus club.

Santiago Silva Is A Member Of