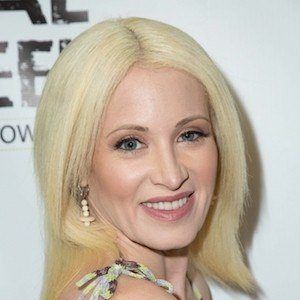 American actress who is known for appearing in a variety of films and television series. She is most recognized for her role as Samantha in the 2004 short film Little Black Boot.

With a passion for acting early on, she made her debut film appearance in the 1999 film Terror Firmer. She then went on to star in the 2001 film The Affair and made her television debut in the 2002 series Unsolved Mysteries.

In addition to her acting, she has also worked as a producer on the 2014 film Deadly Famous. She was also featured on the soundtrack of Terror Firmer when she performed "Amazing Grace".

She was born and raised in Seattle, Washington.

She appeared in the pilot episode of Reno 911! where she starred alongside Thomas Lennon, Cedric Yarbrough, and Kerri Kenney-Silver.

Sara Barrett Is A Member Of