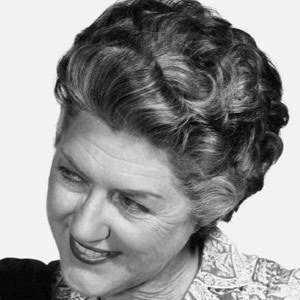 Actress of stage and screen who played Mrs. Wilson in Dennis the Menace during the show's 1963 season.

Her Broadway credits include 1953's School for Scandal and 1960's Ernest in Love. She also appeared during the 1960s and '70s on such popular television shows as The Brady Bunch, 'The Andy Griffith Show, and Bewitched.

She married actor Ezra Stone in 1942. Seegar and Stone named their two children Josef and Francine.

She began her stage career in a London production of George Abbott's play Three Men on a Horse.

Sara Seegar Is A Member Of