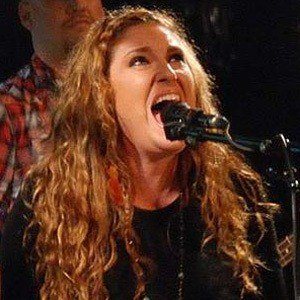 Contemporary Christian singer who first became known for her 2004 album Take Me Away. She has since released the popular albums Where the Past Meets Today and My Corner of Heaven. She also earned two Grammy nominations in 2005 and 2007.

She debuted in 2000 with the self-released album Experience Worship/You Overwhelm Me.

Outside her original music, she has also run a music school in The Woodlands, Texas.

She hails from Rockford, Illinois. She married Jonas Ekman, a Swedish music producer.

She worked alongside Dan Haseltine when she was featured on the Jars of Clay single "I'll Fly Away."

Sarah Kelly Is A Member Of