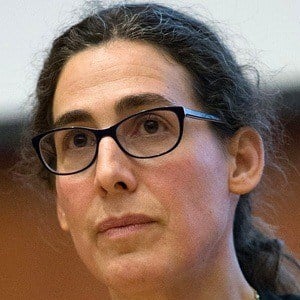 Producer for This American Life who is best known for being the host and producer of the podcast Serial. She was a reporter at The East Hampton Star and later reported for ABC News and The New York Times.

She graduated from the University of Chicago in 1990.

She was a co-producer on the 2006 Peabody Award-winning episode of This American Life called "Habeas Schmabeas." She was named one of "The 100 Most Influential People" by TIME magazine in 2015.

She and her husband Ben Schreier have two children.

She hosted seasons 1 and 2 of Serial, the 2nd season focusing on Bowe Bergdahl.

Sarah Koenig Is A Member Of