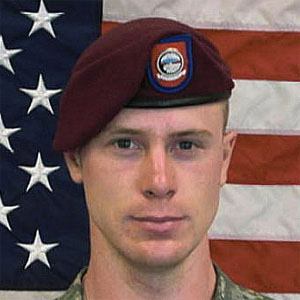 A prisoner-of-war in Afghanistan, he was released in 2014 after five years as a Haggani network/Taliban captive. His May 31 release, during which he was exchanged by his captors for the United States' transfer to Qatar of five Taliban prisoners being held at Guantanamo Bay, resulted in great controversy.

After being forced out of the United States Coast Guard as a result of undisclosed psychological issues, he undertook additional military training and joined an Alaska-based U.S. Army Infantry regiment. His service in Afghanistan began in 2009.

United States President Barack Obama was criticized for his release of Bergdahl and his accompanying transfer from Guantanamo of Taliban prisoners, on the grounds that the latter act ignored the guidelines of the 2014 National Defense Authorization Act.

He grew up in Sun Valley and Hailey, Idaho, as the son of home-school teacher Jani Larson and trucker Bob Bergdahl.

American journalist Michael Hastings explored Bergdahl's friendship with roadside bomb victim and fellow soldier Brian Bradshaw as a factor that may have influenced Bergdahl's psychology at the time of his capture.

Bowe Bergdahl Is A Member Of