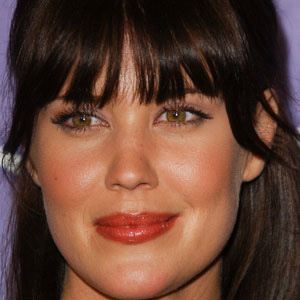 American television actress who became known for her roles on Saved by the Bell: The New Class and Chuck. She has also appeared in the series What About Brian and Everwood.

She trained for several years as a ballet and jazz dancer.

She was nominated for three Young Artists Awards from 1996 and 1997.

She had sons named Oliver and Julian with attorney Matthew Jacobs, whom she married in 2011.

Sarah Lancaster Is A Member Of

Saved by the Bell: The New Class
Chuck
Everwood
The Judge