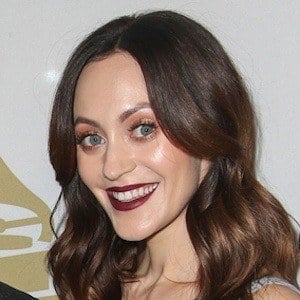 Wife of Panic! at the Disco lead vocalist Brendon Urie who has earned over 800,000 followers on Instagram. She was also popular on the app Vine, with more than 100,000 followers.

She was born Sarah Orzechowski. She and Brendon got engaged in September of 2011.

She has over 200,000 followers on Twitter under the username HelloSarahUrie.

She is from Detroit, Michigan and later moved to Los Angeles. She has a brother named Steve. She married Brendon on April 27, 2013 in Malibu, California.

Her husband performed alongside Dallon Weekes in the band Panic! at the Disco.

Sarah Urie Is A Member Of