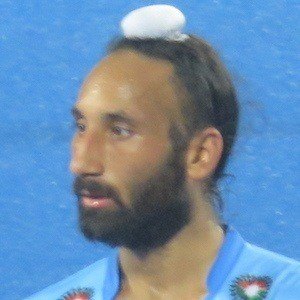 Professional field hockey player who won the Sultan Azlan Shah Cup as the captain of the Indian team. He was the youngest Indian captain in history at the time.

He was born in Santnagar and made his junior debut for India against Poland during the 2003-04 season.

He became the highest-paid player at the first-ever Hockey India League auction, being purchased by Delhi for $78,000.

His brother, Didar, is also a field hockey player who has played for the Chandigarh Dynamos.

He and Dhanraj Pillay are both famous Indian field hockey players.

Sardara Singh Is A Member Of