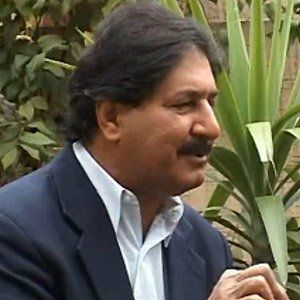 Recognized as the founder of the reverse swing move in the game of cricket, this Pakistani Test cricketer played a key role in several Pakistan National Team victories against India, Australia, and England. Over the course of his nearly two-decade career, he played for Punjab, Lahore, and five other cricket teams.

In the first years of the 1970s, he scored an early-career victory against Australia at the Sydney Cricket Ground.

A politician as well as a Test cricket player, he served for three years as a member of the Provincial Assembly of the Punjab.

He was briefly married to a prominent Pakistani screen actress known as Rani.

He and Shahid Afridi both had professional cricket careers in Pakistan.

Sarfraz Nawaz Is A Member Of