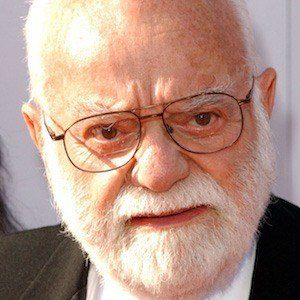 Three time Academy Award winning movie producer for the acclaimed films One Flew Over the Cuckoo's Nest, Amadeus, and The English Patient.

He worked early in his career as a record producer at Fantasy Records, most notably with the rock group Creedence Clearwater Revival.

He also served as a producer on the Academy Award nominated film The Unbearable Lightness of Being.

He passed away in San Francisco after becoming afflicted with Alzheimer's disease.

Two of his award winning films were directed by Milos Forman.

Saul Zaentz Is A Member Of