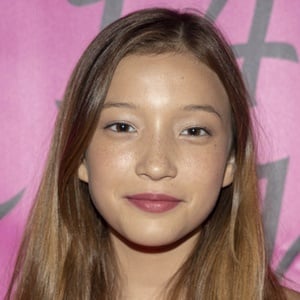 Younger sister of Disney channel star Piper Curda. She is known for playing the younger version of Piper's character in the show I Didn't Do It.

She has done commercials and appeared in 5 episodes of the series Rule the Mix in 2011 and 2012.

Besides Piper, she has other siblings named Riley, Major and Glory.

Her sister stars alongside Olivia Holt on I Didn't Do It.

Saylor Curda Is A Member Of